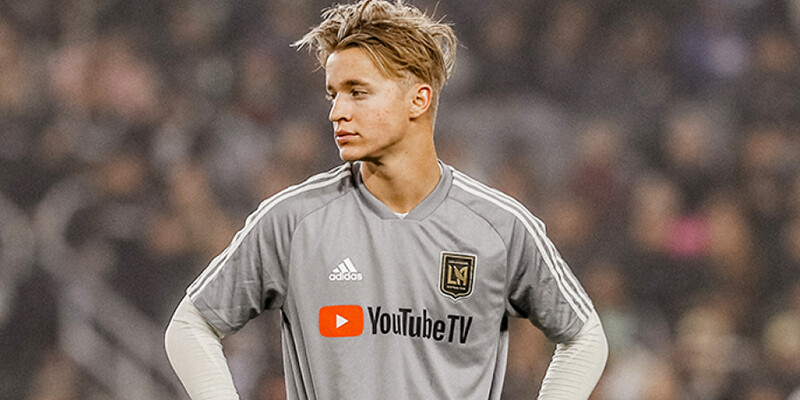 Barça Residency Academy midfielder Bryce Duke has inked his first professional contract with Major League Soccer club Los Angeles FC. Duke, 18, becomes the fifth player to go straight from the Academy to the pros since its inception in 2017.

Another #BarçaResidencyAcademy player turning pro! Congrats @DukeBryce! We wish you all the best and can’t wait to see you succeed at the next level! ??? https://t.co/s0rAuL0mfT

“We have monitored Bryce’s progress closely and we believe that he has what it takes to succeed at the next level,” said LAFC EVP and General Manager John Thorrington.  “We are delighted that he has chosen to start his professional career with LAFC as he continues to develop as a person and player.”

The deal was made official on January 25 just before the club’s preseason opener against Uruguayan giants Peñarol. Duke started in the second half and played the entire 45 minutes in what resulted in a 2-0 win for the black and gold.

“We are extremely proud of Bryce and his recent signing with LAFC,” said Barça Residency Academy U-19 head coach Ged Quinn. “He has been a true role model to the younger players within our residency program this season not only with his play on the field but his attitude, professionalism, and character around our campus”

With professional suitors calling from Europe and elsewhere and a scholarship to Wake Forest on the table, Duke had no shortage of options. Ultimately, he will stay in the U.S., and relatively close to home.

Originally from Peoria, Ariz., Duke joined Real Salt Lake Academy setup at Grande Sports World (now home of Barça Residency Academy) in the spring of 2016. He scored 16 goals in 59 matches for RSL over three years, including time at the club’s new facility in Herriman, Utah.

His offer from Wake Forest already firm, Duke made the decision to move back to Casa Grande in the summer of 2019, touting the strength of the Barça Residency Academy for attracting job offers from Europe.

In 13 matches for the Academy, U-19’s Duke tallied five goals before getting the deal with LAFC.

“Bryce is a player with a ton of ability but matches that with all of the other qualities that you need to make it at the next level,” said Quinn. “I am sure he will make a seamless transition into the professional game and we at Barça Residency Academy look forward to tracking his future success throughout his professional career. He is a true leader and it was a pleasure to have him be a part of our academy.”